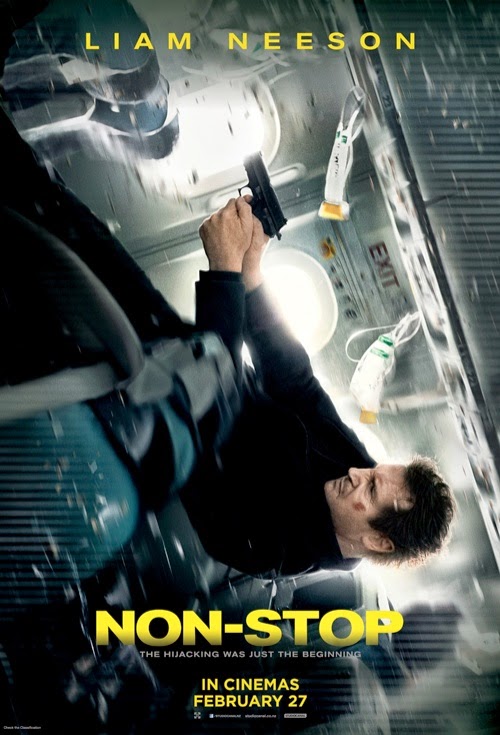 I don't know what I was expecting, I guess I was in a way expecting an entertaining movie.  What I got was a mess that was actually pretty boring.  I guess Liam Neeson can do some wrong, which I would have thought was impossible.  I really didn't like this movie, if you're thinking about seeing it in the theater I would advise to just skipping it.  The action is fine I guess, but even that is lacking.  The acting is serviceable I suppose Liam Neeson and Juliane Moore are good, some of the other actors kind of suck though; I'm not going to go through the effort to find their names.  The story doesn't even make sense and when they finally do reveal what is going on and why you don't really care.  Even the movie poster is stupid.  I give Non-Stop a 3 out of 10.

I was pretty excited to see this movie, as I love me some Liam Neeson (doesn't everyone???), but I am sad to say, that excitement was extinguished pretty early on in this movie.  I agree with GTuck, this story wasn't all that exciting, and to make it worse, there wasn't a whole lot of action.  There were a few moments where I was like "really, OMG that did not just use that cheesy as hell line", but they did.  In a movie like this, which is supposed to be a action thriller, there is no reason to use cheesy one liners that do not even fit.  Just wrong.  Overall, was it the worst movie I've seen? No.  Do I recommend you run out and see it? No.  This is for sure one you can catch on cable, when you've run out of anything else to watch.  I give Non-Stop a 3 out of 10.
Posted by GTuck at 9:55 AM