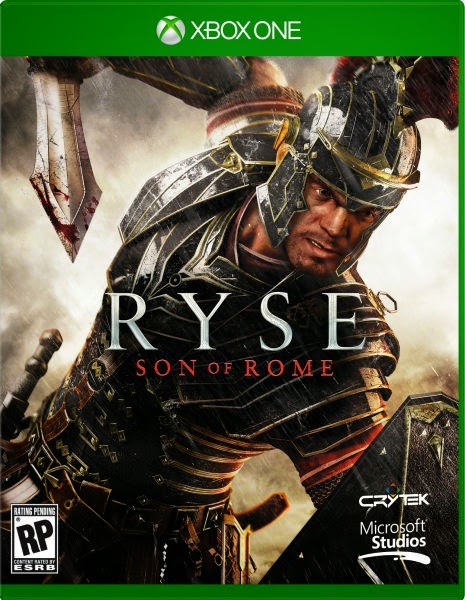 Ryse:  Son of Rome was an Xbox One launch title.  I didn't pick up an Xbox One at launch, just got one recently for the Titanfall Beta.  Of course I bought it right at the wrong time, since I could have gotten Titanfall for free if I had waited, but that's not what this review is about, it's about me getting to play Ryse and I really liked this game.  It's a lot of fun and I was surprised since a lot of the reviews are kind of luke warm for the game.  It's not incredibly long, my Xbox tells me it took me 5 hours.  I don't know if that includes the cut scenes, it seemed longer than that.  I would guess around 6 to 6 and a half hours.  So, it's kind of short, but it's very fun.  Any longer and you would get bored of the button mashing.

I like all the Roman history/mythology stuff.  I don't know how accurate any of it is, but I enjoyed the story of Ryse.  I wanted to watch the cut scenes and see it all play out and I was happy with the ending.  I hope there is a sequel and they make it a little longer and vary the game play a little bit more.  I would buy it.

I played one multi-player match last night.  It's not for me, it's co-op and it's just more beating people up.  Maybe after a break and playing with someone I know it would be a lot more fun.  I'm sending the game back to Gamefly today, so I will most likely never play it again.